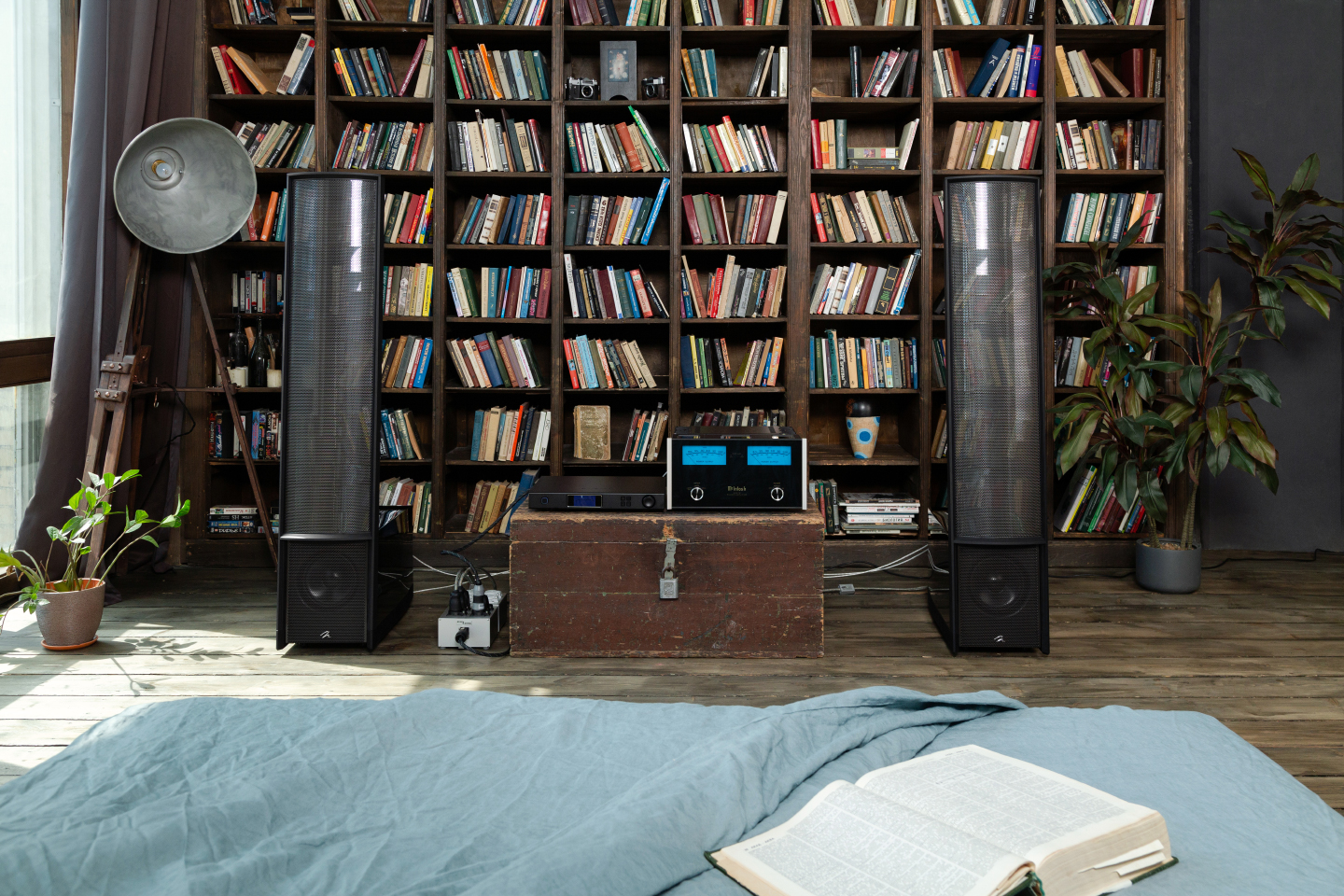 electrostatic acoustics - is a special, exclusive direction of industry high end. essential constructive differences from traditional models, unusual appearance and absence of mass produced budget versions exclude wide and universal distribution of acoustics with application of the given technology. at the same time, to bypass electrostats - the big omission as, on a number of characteristics they have no equal. and their choice for today is already wide enough to find the model worthy of hitting in personal � �

In my imaginary mansion, for example, there are already a couple of such speakers... The model is still to be determined, but one candidate is already available: MartinLogan Impression ESL 11A. 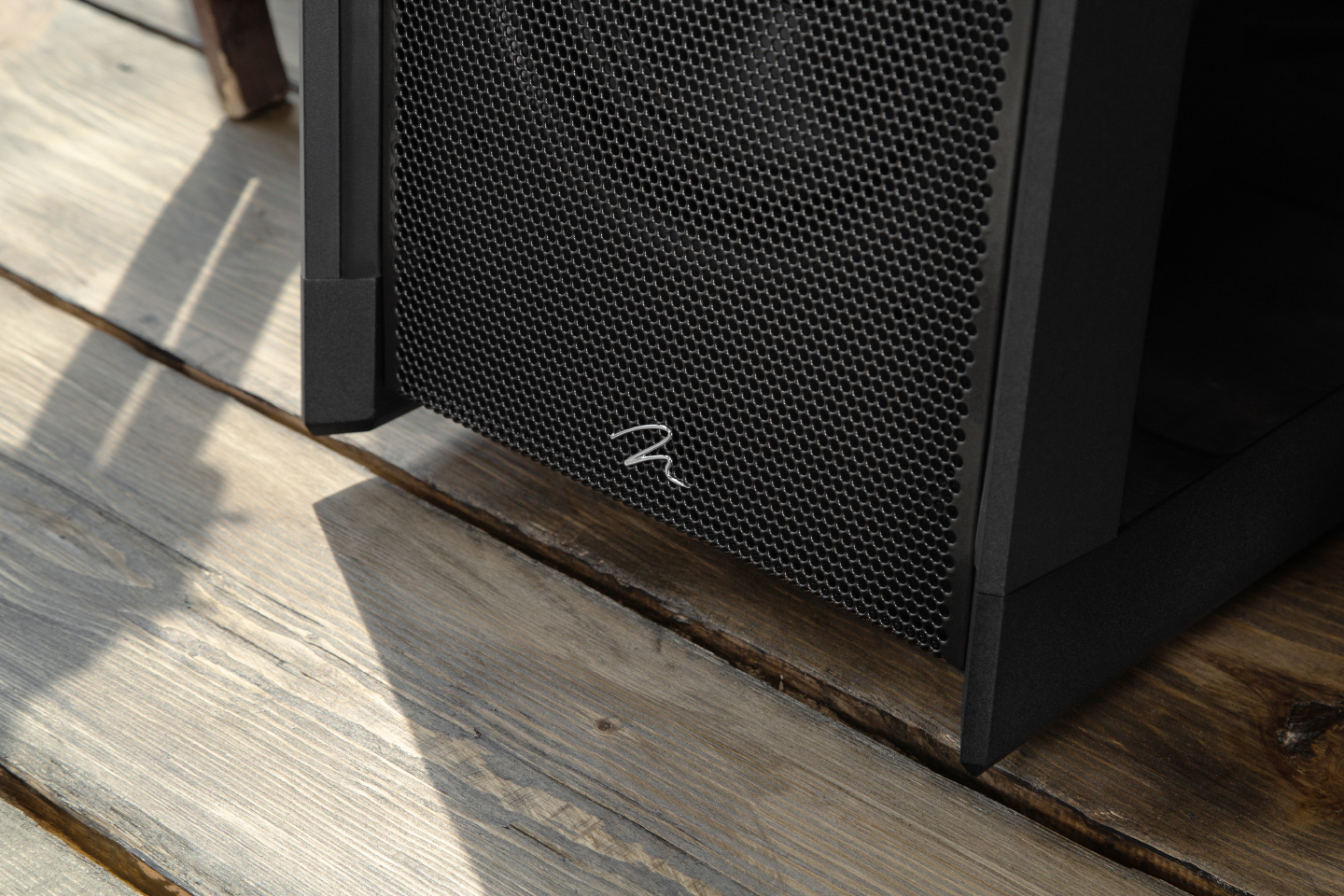 let's begin by answering a simple question: "what is electrostatic acoustics?" (if you already know the answer - skip to the next paragraph). the main thing you need to know about electrostatic acoustics is that it has very little in common with traditional dynamic radiators, and even ribbon tweeters are very distant relatives of electrostats. the only technology close to the physics of the process is planar-magnetic (the same legendary audeze headphones and budget hifiman). in both cases, the sound emits exclusively t . 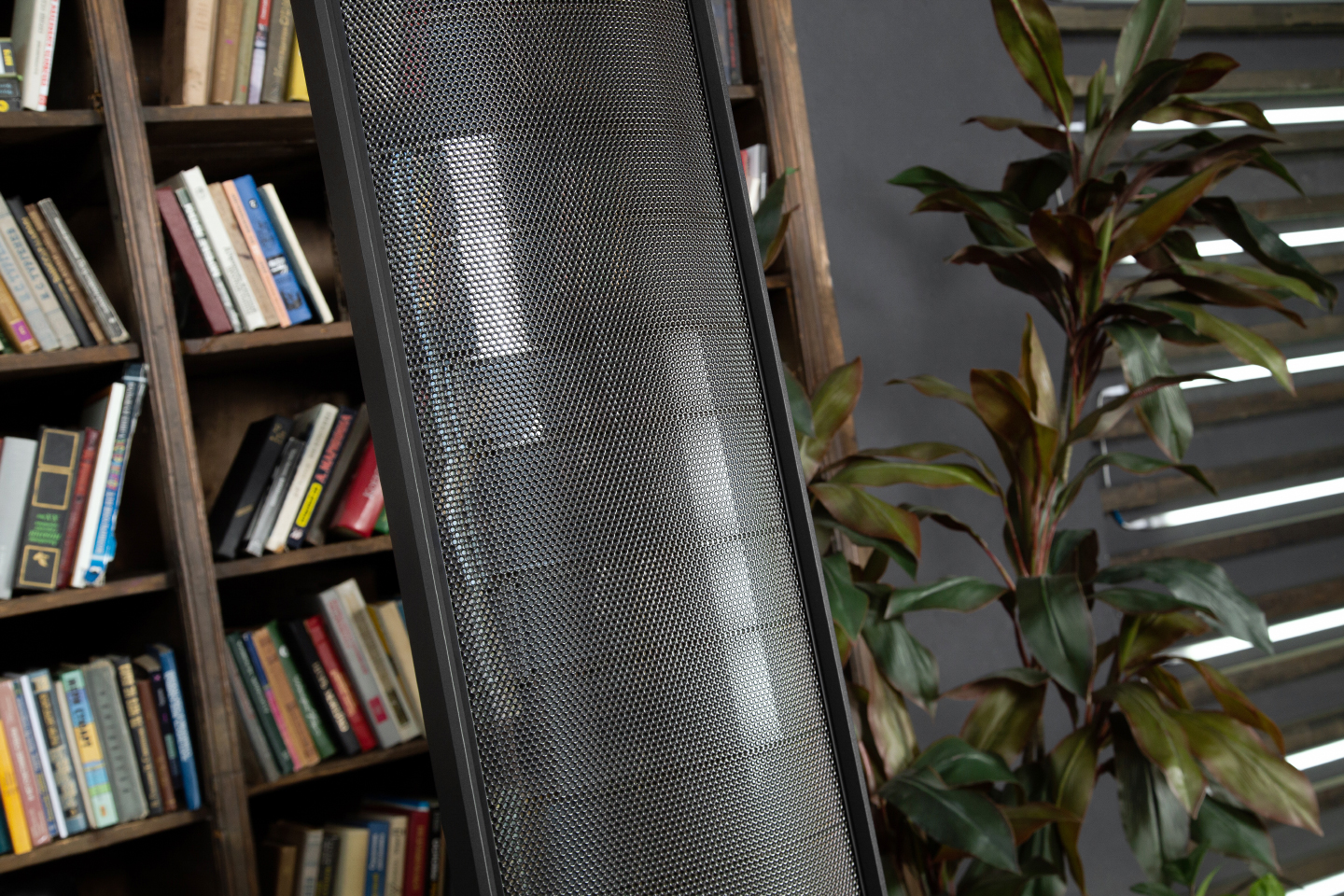 The advantages of electrostatic drivers over traditional dynamic drivers are so significant that they are definitely worth overcoming all the technological difficulties faced by their creators. by analogy with planar drivers, electrostats have significantly higher linearity of phase and frequency characteristics. and this means that the sound stage and tonal accuracy will be much higher than that of conventional speakers, not to mention the tonal balance as a whole. the second significant advantage is a radically lower level of distortion. if � � The sound stage and tonal accuracy are much higher. 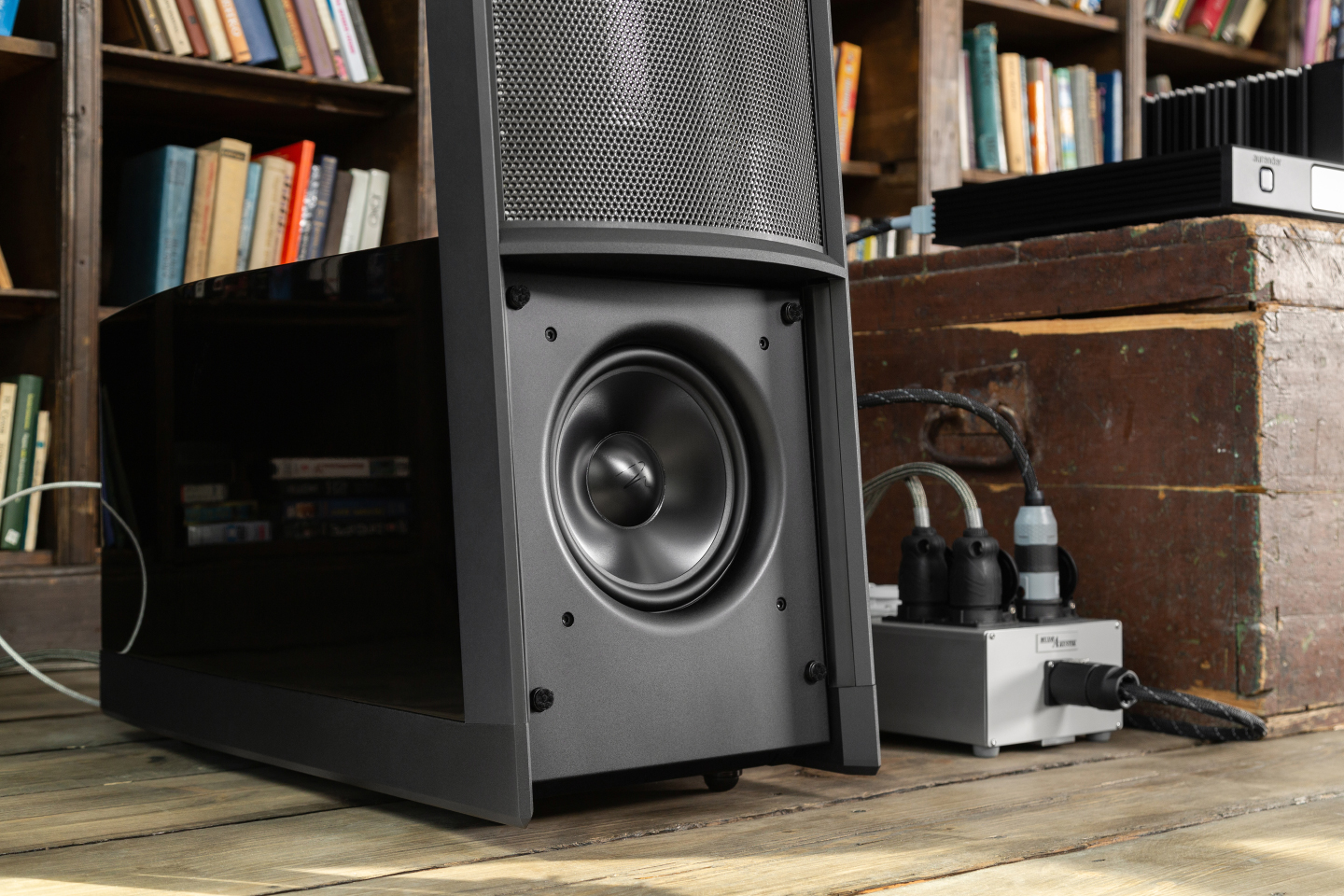 all martinlogan electrostatic speakers, including the impression esl 11a, feature the curved shape of the transmitter: it looks like a longitudinal cut of a large diameter pipe. as any other significant technological solution, the curvilinear line source, which literally translates as a "curvilinear line source", has received a spectacular marketing name: curvilinear line source. perhaps it sounds better in english or cls. however, the physical meaning is important here, and it consists in the fact that any flat diaphragm gives an exception.

Experienced connoisseurs and connoisseurs of MartinLogan products have probably already noticed a different design of the panels themselves. Significant innovations in design do take place. Stators have received a less bulky design with microperforations that almost doubles the efficiency of the transmitter, installed in a lightweight AirFrame frame, while maintaining the same rigidity as the previous version, but adding to the appearance of lightness and elegance. And although I can not refer myself to the same MartinLogan connoisseurs and vaguely remember what it looked like before the Art Nouveau.2). That's what the life-giving design does! The new transmitter uses an improved, thinner membrane. It used to be thinner than human hair, but now it's dropped a dozen or two microns, which resulted in an even faster, more accurate response and better microdynamics. 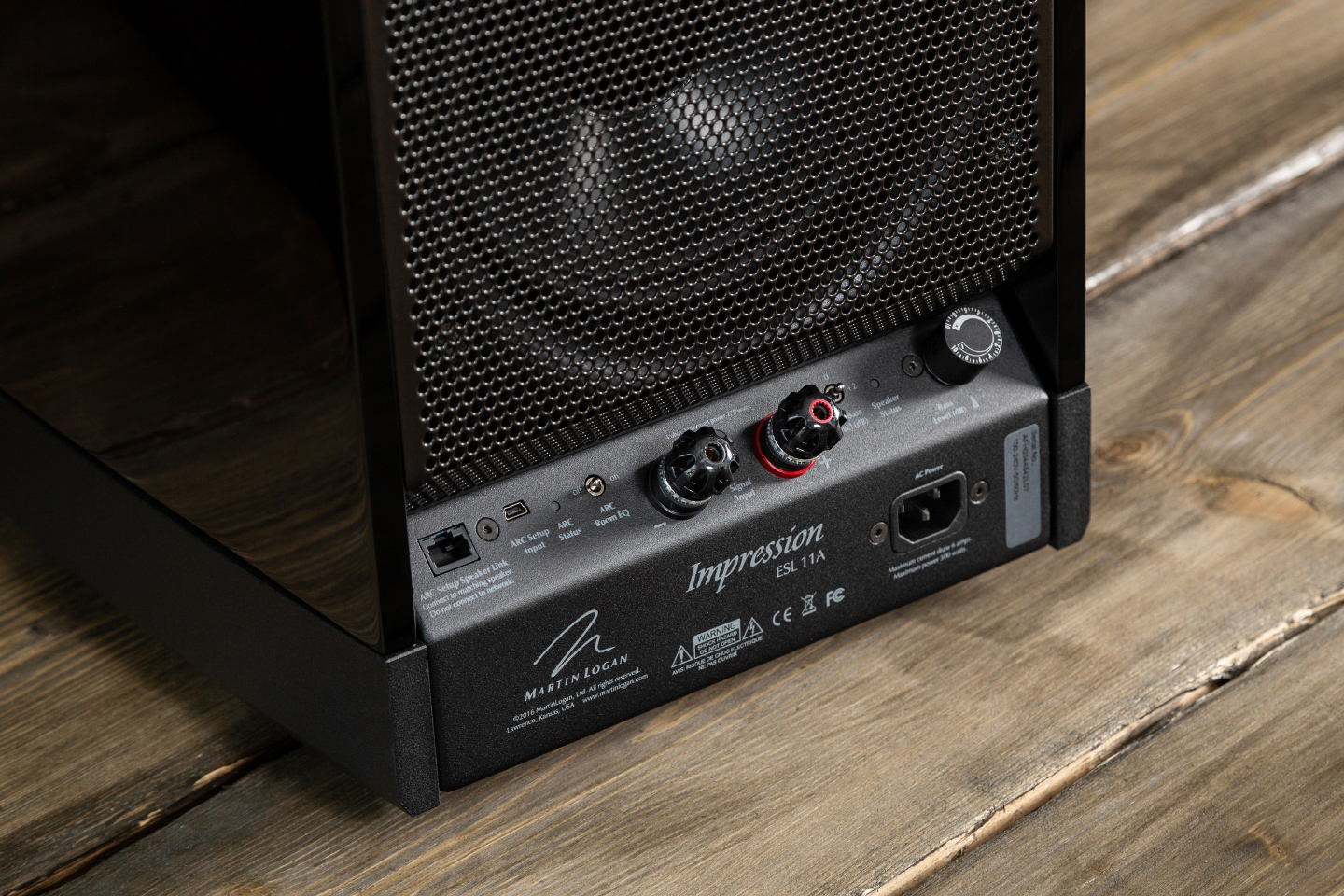 The impression esl 11a bass section of the high tech wonders and acoustic tricks will have at least two 203 mm bass drivers with aluminium cones, long-stroke suspensions and sturdy die-cast baskets are housed in individual enclosed loudspeaker chambers. This allows for maximum clarity, precision and controllability.

All MartinLogan loudspeakers, and not only electrostatic ones, use Vojtko crossovers, named after the engineer of the company who designed them. The essence of Vojtko technology is to take into account all electrical characteristics of the transmitters as integral components of the crossover circuit and, of course, the maximum alignment of frequency and phase characteristics. In this case, these principles are implemented in digital format, because the low-frequency section is active and controlled by a 24-bit DSP-processor. Combining

All models in the Masterpiece range, starting with the Impression ESL 11A and above, have Anthem's built-in automatic bass section calibration technology for the ARC. A number of computer and measurement microphone manipulations allow for the best results even in difficult conditions. And if the user is not ready for such actions for some reason, a simplified setting option is available: a discrete -2/0/+2 dB switch at 200 Hz and a smooth +/-10 dB switch at 75 dB. With these simple settings, you can scorch the bass section to the ground.

All electronic stuffing and the toroidal power transformer are hidden in the base of the bass section using a variety of methods of vibration isolation from both the emitters and the floor surface. 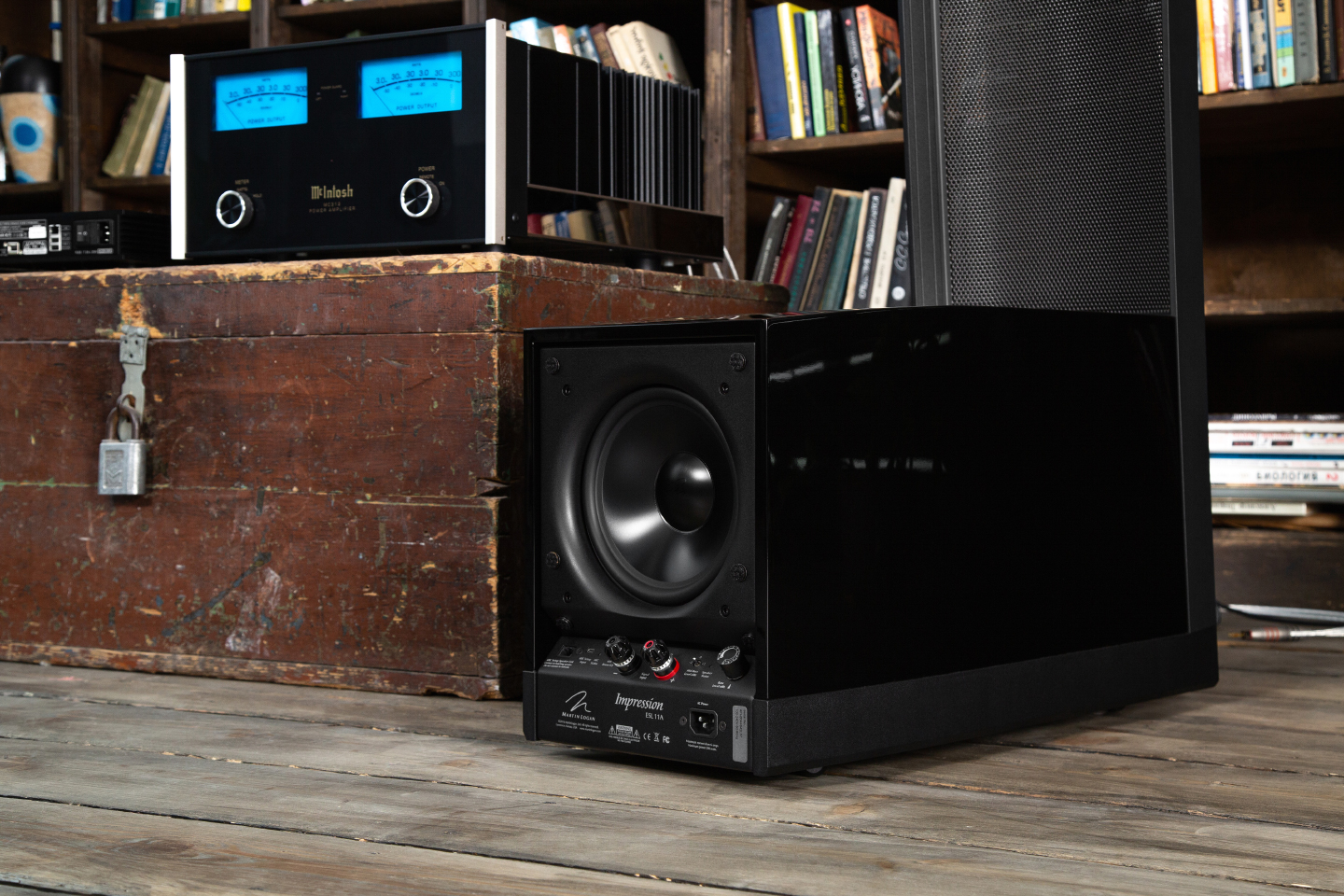 The big plus of the Impression ESL 11A and other MartinLogan electrostats is the requirements for acoustic treatment of the room, or rather, the undemanding, and not just the low-frequency section. Thanks to the dipole principle of the electrostatic transducer, there is an acoustic short circuit at the sides of the speakers and no sound emissions to the sides. This means that the most harmful first reflections from the side walls do not occur, and serious struggle with them inevitably adds recognizable features to the design of the living room recording studio.

Thus, the electrostats are the most harmless in terms of their impact on the interior. No diffusers or sound absorbers are needed either on the sides or behind the acoustics. However, there is one general requirement: the room must be large enough. Since it is desirable to be able to move the radiators away from the walls by about 75 cm to find the optimal location of the acoustics in the room and guarantee the construction of a stereo picture to your liking. So the manufacturer recommends.

In practice, the Impression ESL 11A proved to be insensitive to bass placement in terms of bass quality, and in any position the bass kept its reference clarity and focus, even without additional manipulation of the settings, while moving the speakers around the room significantly affected the formation of the stereo picture. The scene was deep, echelonized, or wide. The focus point was significantly moved even with minor rearrangement or rotation of the speakers, and sometimes it was even two - a dipole in a large room and not like this

On the one hand, the acoustics are not at all capricious in terms of bass, so it was not necessary to make a difficult choice between adequate bass reproduction and the optimal stereo picture. on the other hand, it was difficult to find the only correct one among the mass of interesting arrangement options. although it was worth it! holographic, three-dimensional sound picture with realistic proportions and a sense of absolutely limitless space outside the room exists not only in cm.

As for sound in general, the description of the model on the manufacturer's website has a promising formulation: "without any obstacles between your recordings and your ears". This is exactly the rare case when the marketing promises are not different from the actual state of affairs. Unlike listening to traditional speakers, which in most cases is accompanied by a very specific feeling of the presence of this very speaker, with its recognizable character, listening to MartinLogan Impression ESL 11A gives the impression that the music is in the original wine. 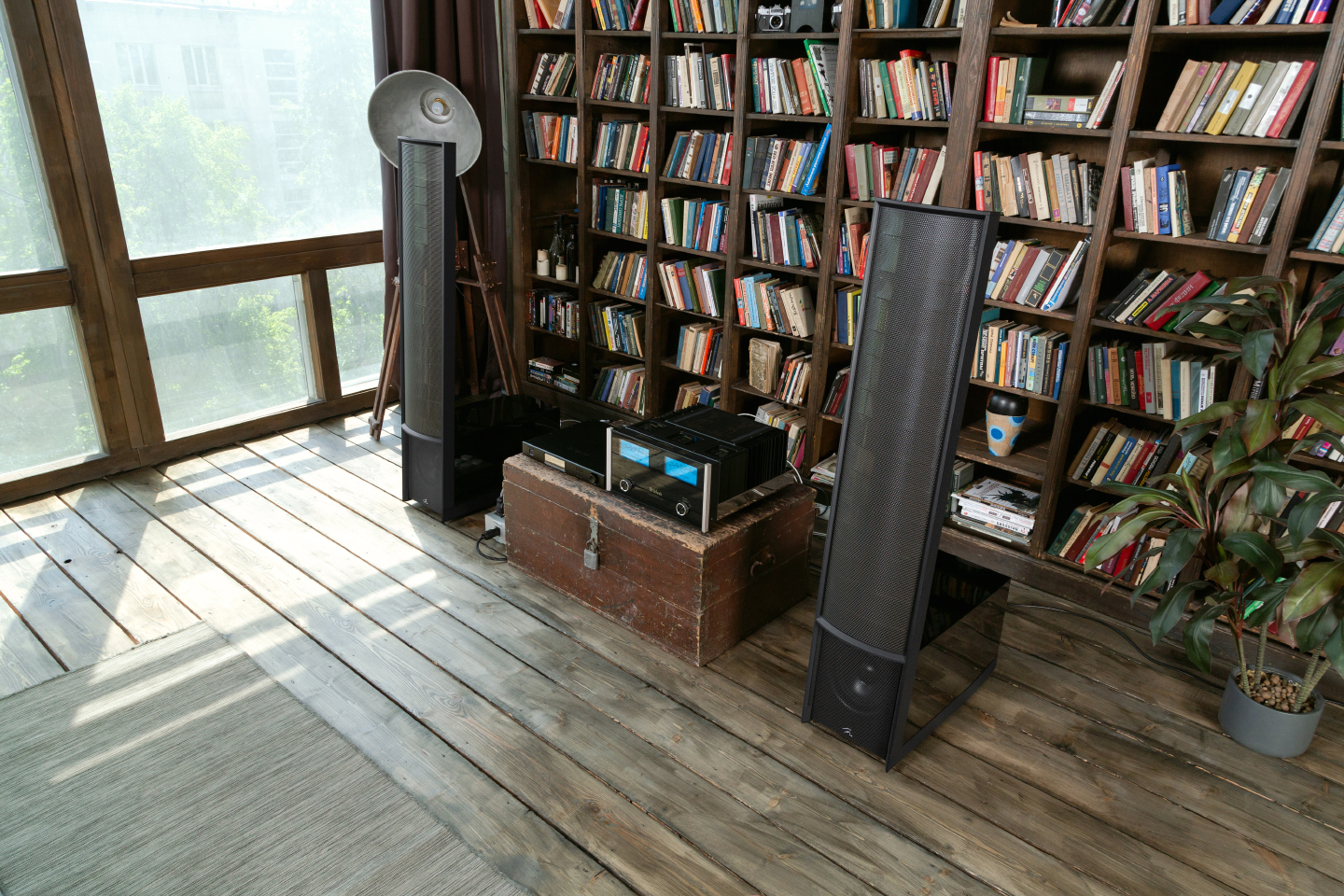 Listening to familiar music in the system with the impression esl 11a gives a lot of new impressions, surprised not even by the exorbitant detail and accuracy of the material, but by its ability to reveal the artistic component. acoustics literally makes you experience every song emotionally. it does not matter whether the recent hit lp or the familiar song of frank sinatra sounds painfully - the feeling is as if a living artist is in two steps and you can look into his eyes. innuendo of the band queen is not just a great piece of music, er...

Listening to hard rock and metal makes you want to turn up the volume, and... it's quite affordable. It feels like the windows are at risk of cracking before overloading or distortion is heard. The guitar riffs are brighter, more expressive, the bass guitar and the bass barrel are denser. And at high volume levels, the resolution is excellent and there's no hint of porridge. The main thing is that the record itself contains enough musical information. Industrial metal, for example, fear factory, sounds just perfect. In general, any synthesized sounds of a vwig.

Listening to a couple of versions familiar to all Seven Nation Army, the original and jazz cover from Nostalgia 77, you can see how fully this acoustic can reveal the music of completely different genres. In the first case, the energy is perfectly transmitted reverberations of overloaded lamp mix, and in the second - the velvety tone of the double bass.

Doctor - Therr Maitz's combination of three-dimensional spatial sound effects with complex rhythmic patterns and expressive vocals is literally bewitching, while the smooth development of the melody discreetly and very deeply immerses you in emotional experiences that continue after the track has been played back. This is only possible when one system combines high resolution, timbre precision, good micro and macro dynamics, in a word - everything we call sound quality at the highest level. 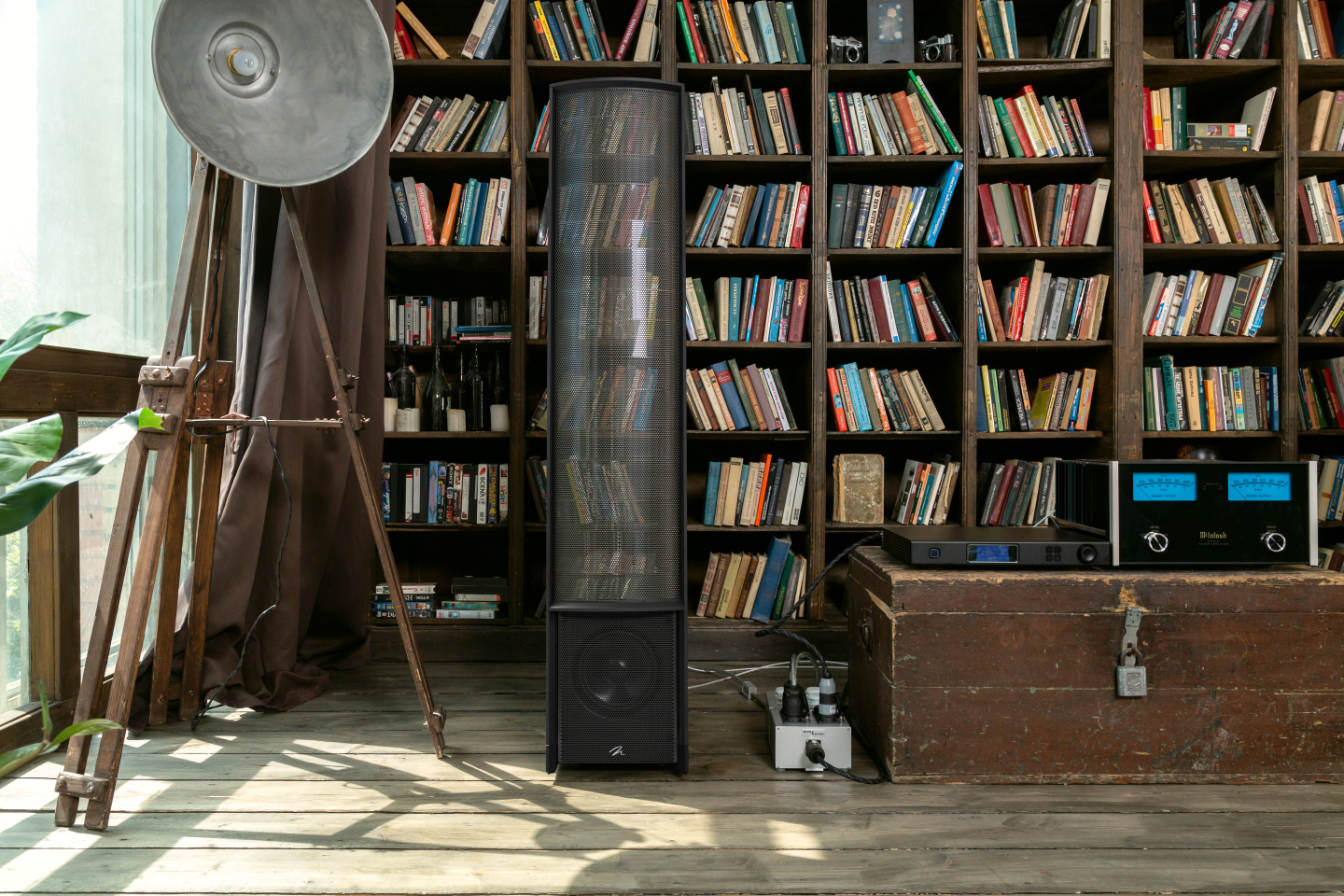 And instead of concluding, there are a few more general observations about the sound. Both the size and installation requirements suggest that the speaker is designed for medium to large rooms, but that doesn't cancel out the ability of the ESL 11A to sound good in the near field and maintain high sound quality at low volume.

A smooth tonal balance, fading low distortion and high resolution make the acoustics almost transparent and allow you to hear clearly the character of the rest of the components, if that is the case. With a neutral sounding source and amplifier, the system is transparent to any music. The presentation of any material is unobtrusive and comfortable, with an excellent stage, excellent rhythm and legibility. 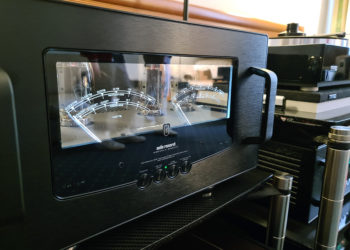 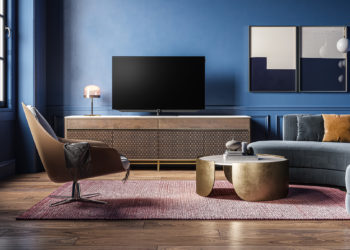 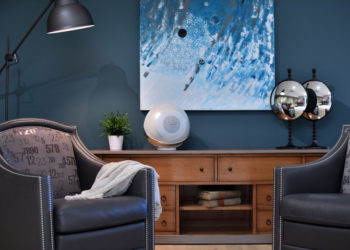 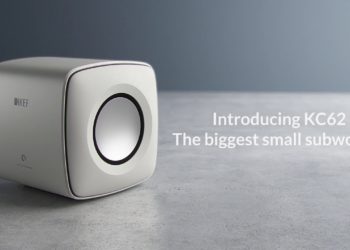 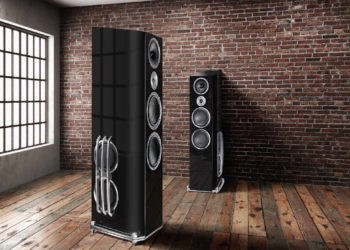 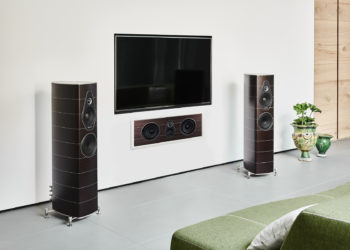