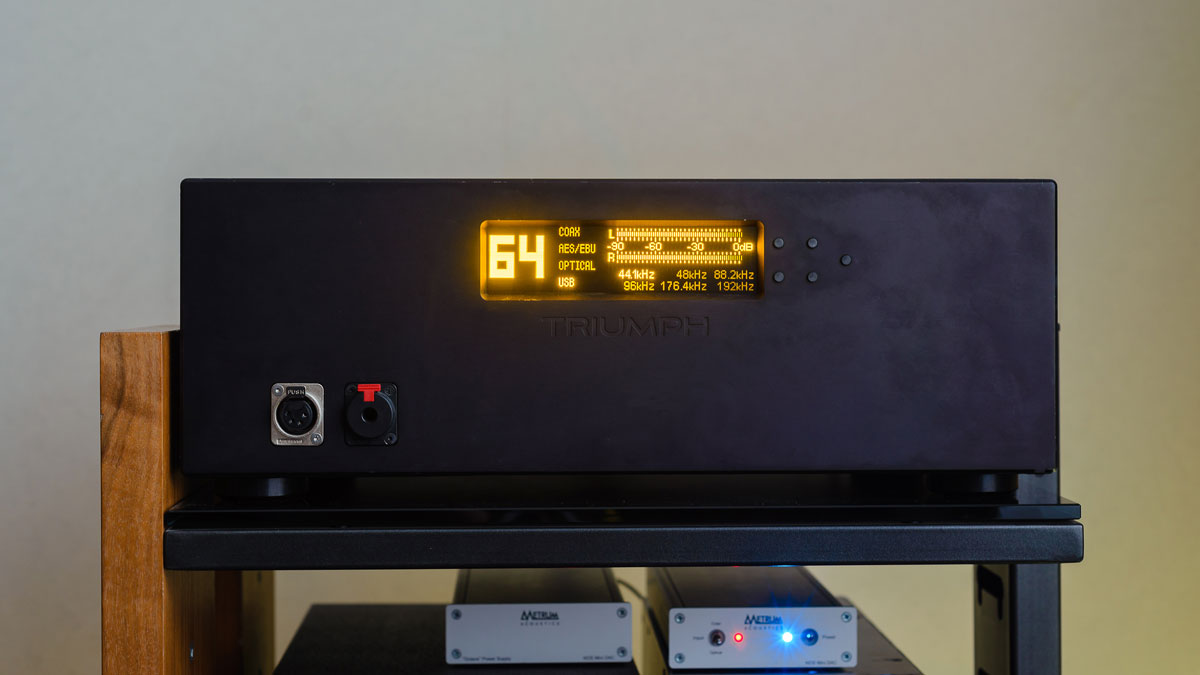 Before outlining the results, I want to say right away that the test turned out to be a little different from what I expected, moreover, in which I was just used to running the tests. First of all, I do not compare devices with others, but it was initially known that DAC was offered as a basis for comparison. MSB Select DAC IIAnd, in principle, that comparison promised to be interesting.

The surprise was that the test specimen would not stay in my system for at least a week, as it has always been, but arrived for just one day, and today (and so would his Visa. MSB) will go back. this is a bit confusing, first of all because i am not used not only to testing the device in a tense time limit mode, but i have another method in general - i allow the device to open itself as if in a calm mode, giving it gradually, without forcing, to play, and i am just as unhurried to hear. in such a test the device opens as if in layers - from the obvious advantages, and even "chips", to some implicit, hidden from the first acquaintance features that can and often affect the general public

So, the brand's apparatus Triumph AudioThis is a pre-production model, prototype, call it what you want, but in any case, according to the assurances of the representatives of the company, the result of the sound is the practical final, some subsequent additives, whether it's a new housing (rather, we are talking about the front panel) or some rearrangements of the elements inside, will not lead to any noticeable changes in the sound. Perhaps in the photo, which shows the slightest imperfections without paintwork, the device looks excessively condensed, but in reality I liked this hard, brutal design. Nice, informative display of a nice yellow and orange tint, milling, font, button layout - well, all this is at least not bad. I'm not an expert in design, but the consumer items are not made for professionals, but for ordinary people, and my device did not cause rejection. And here we have the first comparison with the MSBwhich, of course, cannot be called a comparison. MSB looks with some kind of even debauched luxury, about the level of design and quality of manufacturing and finishing screams every detail - the ratio of sizes, precision milling, monolithic design, shagreen painting - not a matte, not a shiny, deep black, almost piano, color. Huge, in the whole front panel, the display - in general, no one can doubt that the device is from the highest league. Three blocks, installed one on top of the other quite standard, according to the plan, weighing more than 50 kg, I even a little worried about my stand, but in vain. Triumph there wasn't enough room in the stand and he had to be tested on the floor, which, by the way, provided some inequality to the side. MSB (as a joke, if anything). But it's time for the sound. If you have any doubts about that. Triumph Even behind the screen, and not even assuming in advance that the device should be at least good (otherwise what's the point of bringing as a base as SAM. MSB Select - If the sound is not good, then such a comparison will not just be a minus apparatus, it will destroy it), it gives out all the signs of the pedigree sound of high-end DACs. By nature, it is multi-bit, although it is not built on chips and not on the principle of R2R (more precisely, his technology is related R2Rbut engineering details I can not tell you just can not, I will only say that the composition of the digital-to-analog conversion includes the principle of Binary Weighted Resistor), and its multi-bitness is quite audible in the attention to the smallest details and the accuracy of the signal conversion - all the nuances can be heard here, all the quietest accompanying sounds that enrich the timbre, show the technique of singing, give the instruments recognizability, so to speak, personal properties. If the "first layer" of rapid testing is designed to open the chip, the horse machine, its main, flashy. Triumph it will be Precision and Power.

The first time I noticed it on a song King Crimson “The . Letters"The very touch of the plate with the stick, this initial "wooden" sound, and the transition to the sound of the plate itself, was incredibly realistic, almost like in life. But by no means, it's none of that, God forbid, just the plates or just the percussion in general, it was just at the very first moment that it struck the eye, and then the apparatus only confirmed its claim to accuracy and realism. When I talk about realism, I do not even mean the very richness of the timbres, here the understanding of realism as if overrides the admiration of sounds and is felt per seIt's just that the instruments don't necessarily play beautifully or there, somehow saturated, but just give the impression that everything is really happening. Adding to this is the energy, the transfer of effort of the performer standing (sitting) behind the instrument, a little lower I'll say this when I'll willy-nilly have to pull up for comparison. MSBI listened further, so I decided to give the system a good shake by putting on a song... E.L.P. ToccataYeah, the system transmitted a stunning avalanche of sound, stiff beats and unbridled pressure without weakening the heat anywhere. Then I listened to calmer things, audiophile jazz like. Trio Aurora (to the question of the realism of the instruments again), compositions with vocals, and some recordings of not very good quality, but which I like for some certain emotional mood. At the end, I asked to play music from outside my collection, I was wondering how the machine could handle USB We listened to some more energetic jazz and Burtsev's recordings in the hall, it was a big symphony orchestra, Bernstein - I can't say that this music is close to me, I don't want to base my evaluations on it, but it played very interestingly, the feeling of the hall was similar. What surprised us was the very large dynamic range of the recording itself, you start somewhere at the limit of the audible, and at the culmination you want to screw the volume knob. The DAC plays expressively, conjointly, broadly and freely, and like a multibit, it carefully monitors the intonation components, reacts subtly to mood changes. And yes, about the free sound - I've noticed that too, and it's also a sign of a cool device - it doesn't strain, the sound is perceived effortlessly, and if it wasn't for the "substituting activity" in the form of the fact that I had to record some moments (the same test), I could say that you can listen to it endlessly.

As, however, and MSBI almost forgot about him, yeah. I'm kidding. Yeah, it's a cool machine, and unlike a rookie who could be suspected of anything a priori (what if an impostor?), you're kind of aware of the class from the start, and of course (what did you think?) MSB isn't disappointing. First of all, the first layer, I noticed just the devilish plasticity, the tangibility of sounds, some sixth sense of the aura around voices, the mercury fluidity, the coherence, and the excellent ability to transmit and tie up the parties. Oh, this apparatus knows what a composition "presentation" is, the presentation of it as a whole. It captures your attention, and you hear as much untold as your consciousness can hold. At the same time, by the nature of the sound. MSB It plays beautifully, very beautifully, terribly beautifully, but at the same time, to my taste, too soft, too delightful, not trying to get me off balance with "sharp corners". percussion crumbles with thousands of sparks, but I lacked the feeling of metal, sorry, "tin." Perhaps my ace, let's say, is to blame for that. Perhaps much more expensive speakers capable of finding "hair on the carpet" will get the lack of "meat" with plenty of information. But because of such a small discrepancy appeared impressed.

For example, on the same song. King Crimson The lyrical parts with the vocals were simply magnificent, but the anger of the electric guitar was not enough, and the general contrast, say, would like to be higher. Perhaps the guilt is the exaggerated expectations, from such an apparatus of magic expect everything, and the slightest discrepancy with the internal standard is more annoying than in the case of his visa, who does not yet have authority.

Still, jazz, vocal stuff, sounds cool, but I think as soon as it comes to this damn percussion or guitars, compared to... Triumph ...there's a discomfort with life's realities. Triumph plays "human"... MSB shows something "elf" or something. More beautiful, but a little too pastoral. By the way, if it weren't for this comparison of machines, I probably wouldn't have noticed it. And yes, about bad, or not very good recordings. No miracles were discovered here, both devices brought their imperfections to the fore. Unfortunately, it was found out that they were simply not interested in playing them. In fact, it seems to be the contrast to the audio-film recordings, when both DACs work wonders with details (I am not talking about the creaking of chairs or the rustling of the harpist's silk ass).

Unfortunately, in such a first approximation, I was not able to squeeze anything more out of the tested, except to notice some of the most characteristic features. How right I am, and how much I missed in such unusual conditions, to judge those who will listen to these machines on their own. They are exactly worth it. 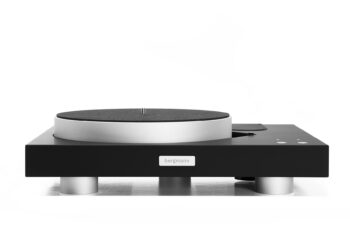 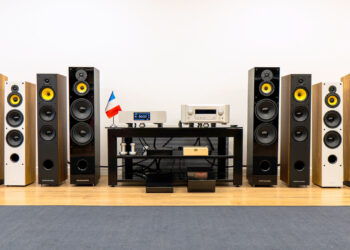 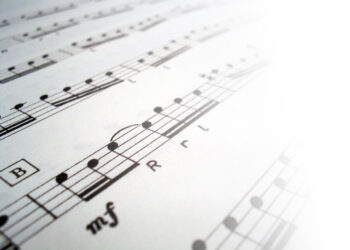 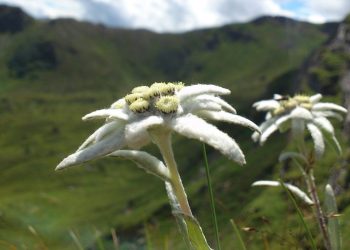 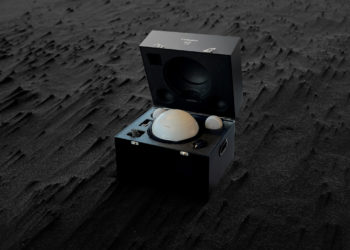 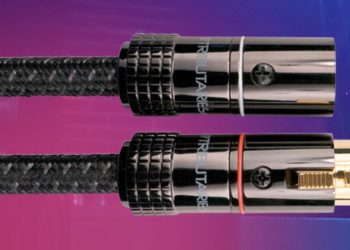 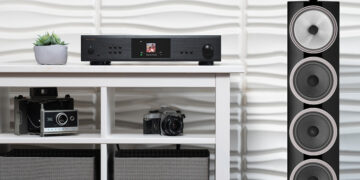