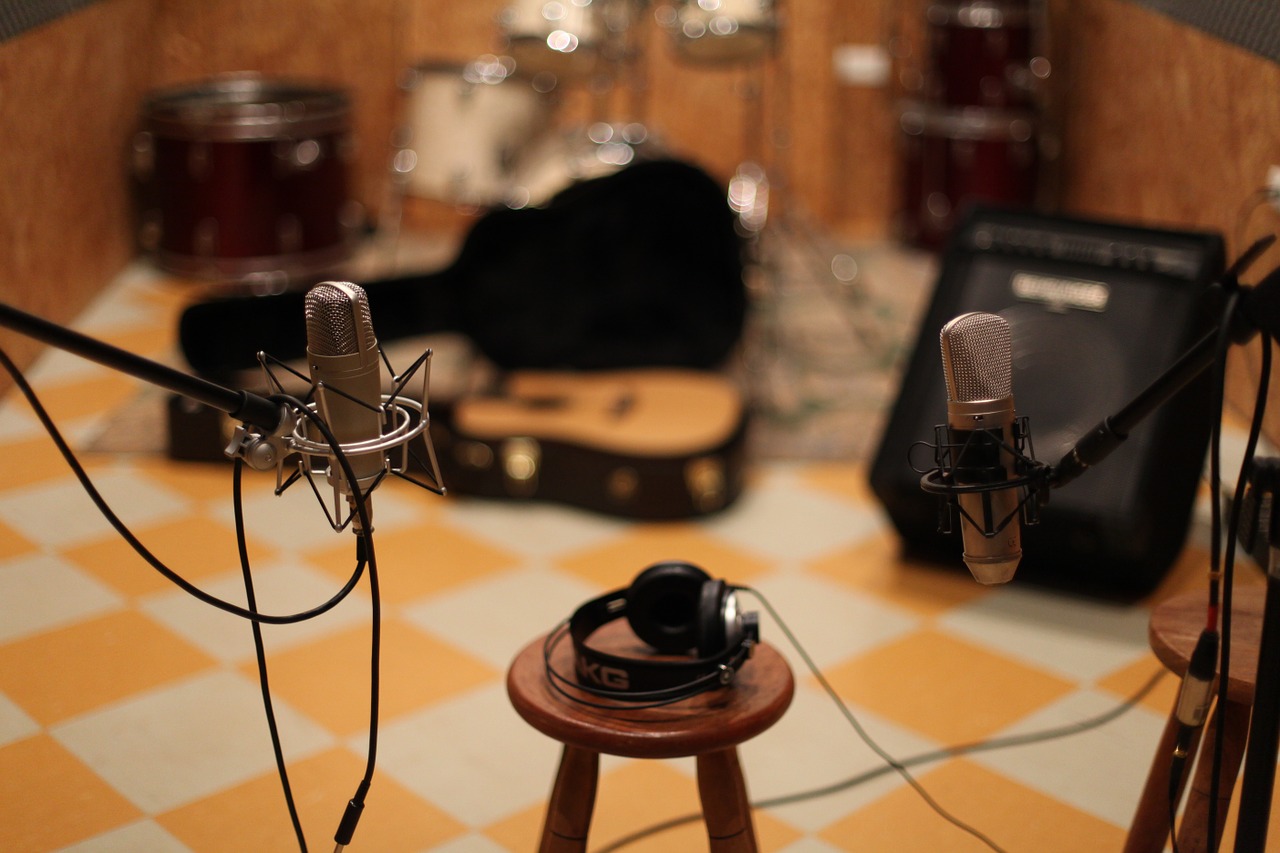 by soundex
at Analytics
1 min read
0
0

Often in audiophile circles, in discussions and when describing the sound of systems, a large number of terms are used that are not always clear to the unsophisticated reader. That is, communication takes place at the level of some audio slang.

In this short article, without pretending to the truth in the last instance, I will try to describe my understanding of audiophile terms of sound description of audio systems, and also try to make a logical link between the subjective and the objective, namely between what we hear and what we can measure.

I will start with the terms responsible for the primary perception of the sound of systems.

Tone balance - is the audible ratio between the sounds of different frequencies. Described in words such as dark or light. The first means that bass prevails and the second means high frequencies.

Tonal balance is primarily influenced by the AFC at the listening point, but not only. Reverberation (RT60) response and harmonics also affect the tonal balance.

Punch - a characteristic "chest punch" present in some systems. The effect occurs with a significant rise in AFC at 60...120 Hz.

Attack - part of the complex sound of drums and other instruments, responsible for rapid pressure build-up. Lies in the area of 3...5 kHz.

Speed (fast/slow sound) - sometimes when listening to systems it feels like musicians are playing faster or slower than usual. This phenomenon is complex, due to both the system's tone balance and the attack and phase characteristics of the system.

Scene - The quality of an illusion depends on many factors, ranging from channel separation, acoustic footage, reverberation of the room, depending on the geometry of the room, speaker spacing and surface coverage, to component matching and the phase of the mains plug into the mains sockets.

Evacuation - The higher the echelon, the more precise the distance to the instruments and the deeper they are drawn. The factors affecting the echelon are the same as those affecting the scene as a whole.

Taurus - I tend to think of the system's ability to create a three-dimensional image of an instrument in space similar to that of a natural one. The perception of corporality is directly dependent on the quality of the scene, tonal balance and attack. 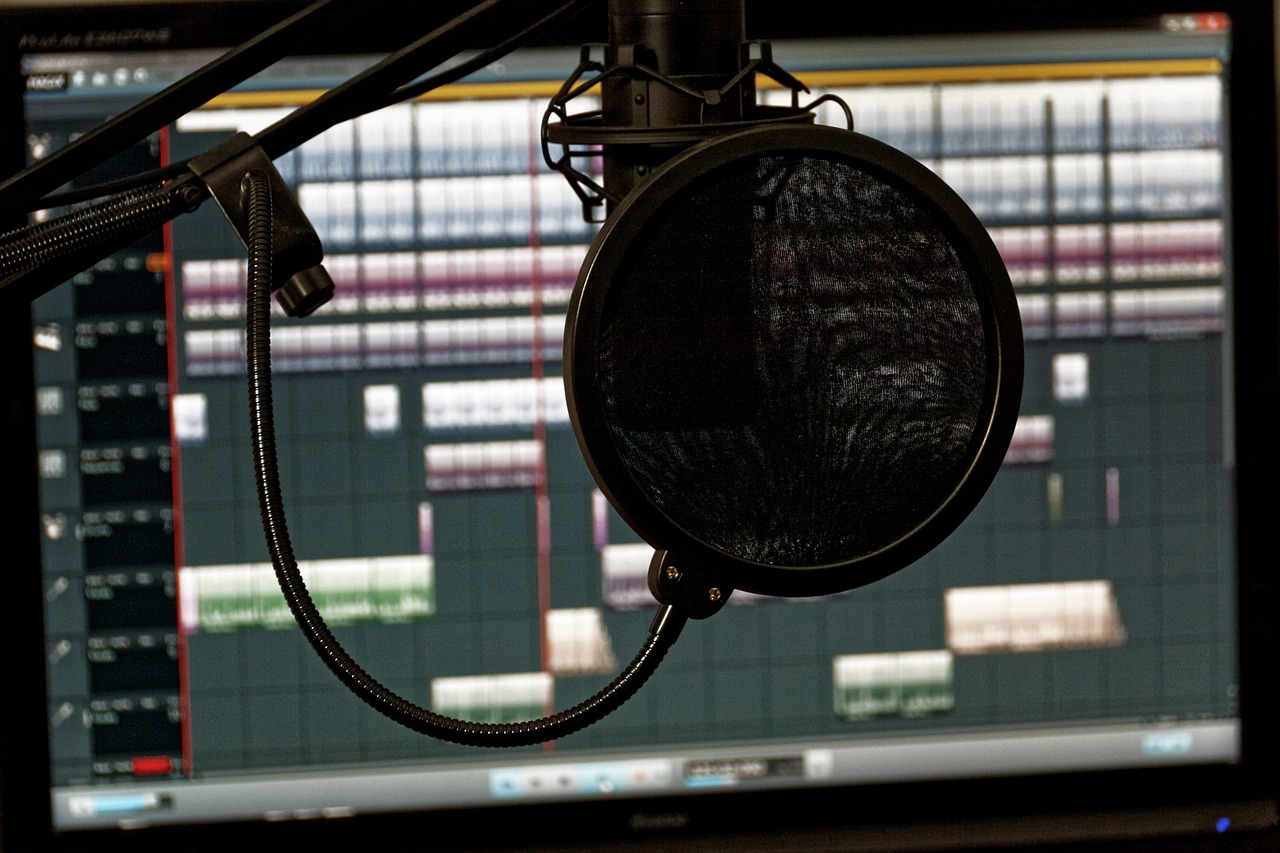 The next part of the terms is responsible for the second level of perception of the system.

Permission . - is a term that shows how many different details of the musical picture the listener perceives in the sound of the system. Resolution is affected by both intermodulation distortion and reverberation, as well as acoustic and even furniture resonances in the listening room.

Dynamics - The ability of the system to play both quietly and loudly. This ability depends on the system's pressure reserve, the noise level in the room, distortion and reverberation.

Macrodynamics - Systems that have good macrodynamics are suitable for both symphonic music and genres such as Rock and Metal, determined by the same factors as the speaker plus intermodulation of all kinds.

Microdynamics Unlike macrodynamics, these are the subtle nuances of changing the volume of instruments and voices. It depends on both the dynamic properties of the system and the resolution. 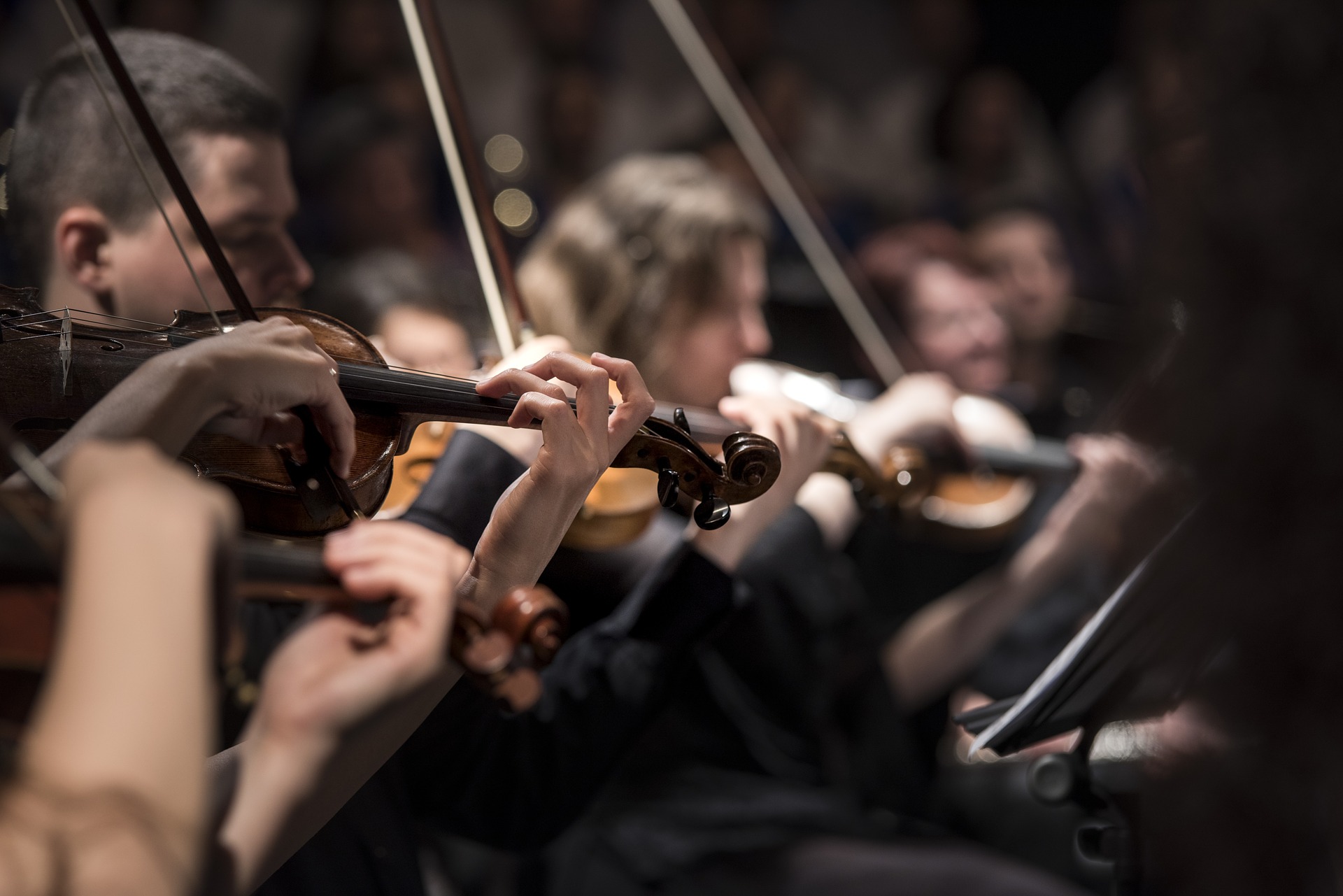 PRAT (pace pitch rhythm timing) - tempo, pitch, rhythm, timing - this is a complex term that is a combination of the ability of the system to keep the musical rhythm, to create the right subjective speed of music and synchronization of perception of various instruments in the musical canvas. And it is very difficult to identify certain factors. Here and micro and macro dynamics, and speed, and tonal balance - everything affects.

Transparency - The term describes the ability to subjectively distinguish individual musical images in a musical canvas. Depends on the resolution of the system, the quality of the scene and the physicality.

Pelena - the exact opposite of transparency is the term describing the effect of blurring the image in low resolution systems.

Clarity is difficult to separate from transparency, but I would say that it is good transparency against a smooth or slightly light tonal balance.

Tightness - the ability of the system to create a musical image as a single stream. the term consistency clearly comes from the musical term legato (in music - the reception of playing a musical instrument, or in singing, a coherent performance of sounds, in which there is a smooth transition of one sound to another, there is no pause between the sounds. legato shows that the notes are played or sung smoothly and coherently). consistency comes from the quality of micro and macro dynamics of the system. 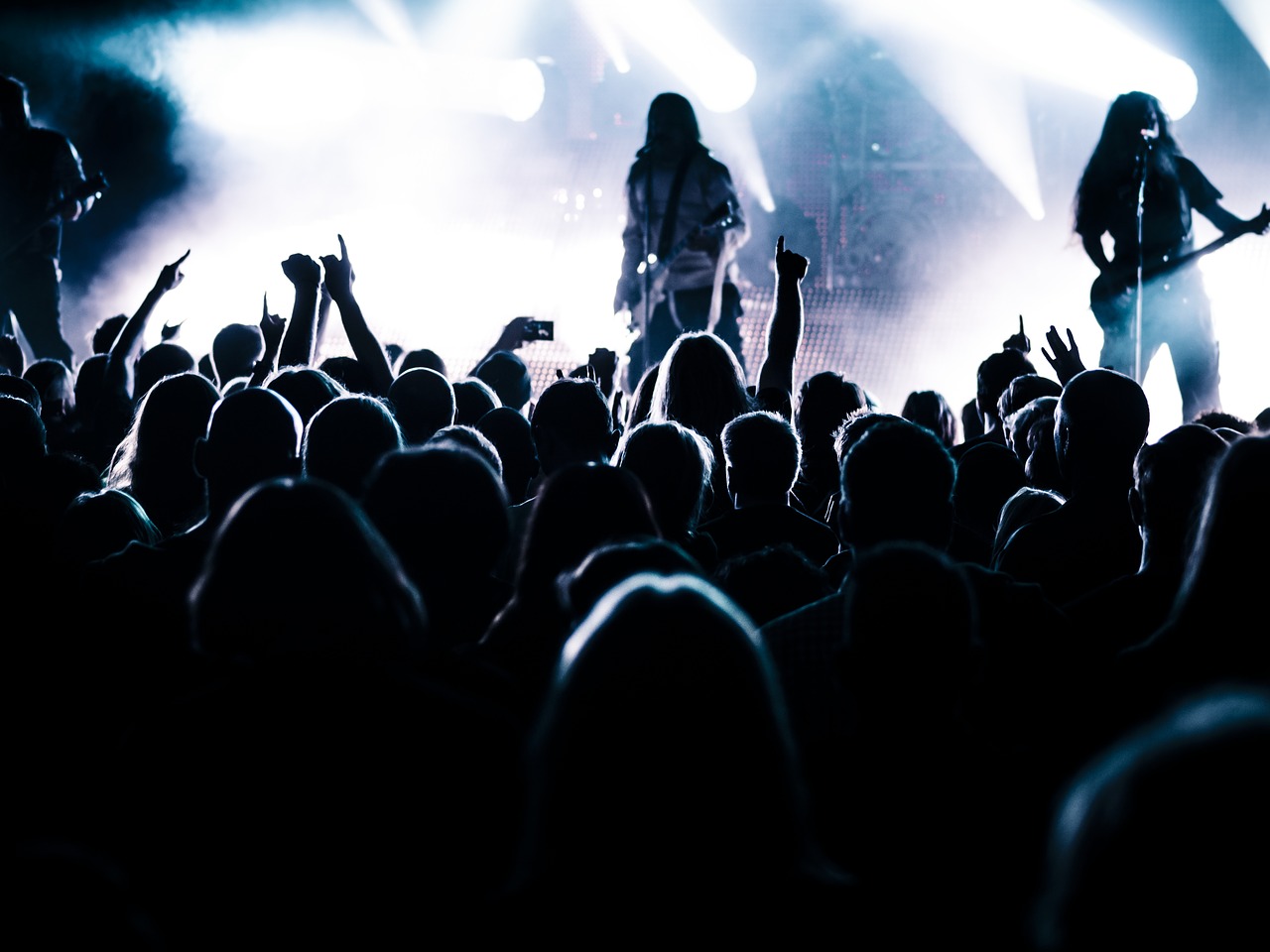 Musicality - A music system is a system that allows an audiophilist to listen to his or her favorite music without interference. Musicality is determined by the audiophilic's hearing archetype and the whole system's parameters.

Naturality - is an unattainable dream of an audiophilist. Naturality is a sound extraction just like in life. But since the system doesn't reproduce sound identical to the original, it's pointless to talk about a stereo-linked term like that.

NaturalistNaturalism is the ability of a system to create a sound image in the listener's head that the listener cannot distinguish it from natural sound. All parameters of the system are responsible for naturalism. Only the highest level systems installed in quality CDPs when playing selected recordings can create such an illusion.

Engaged (magician) - a beautiful for an audiophilic reproduction of the sounds of his favorite instruments and the voices of performers. Such a sound delivery, in which the audiophilic wants to listen to the system without paying attention to the shortcomings, even if they exist. It arises as a resonance of the sound system and the listener's archetype.

Lamp sound - The sound characteristic of tube amplifiers is warm, enveloping, and not annoying. It results from the amplifiers having a high level of low order distortion in their path and a low level of intermodulation at high frequencies.

Transistor sound - The direct opposite of lamp sound, typical for typical transistor amplifiers, sharp, sharp, distorting the natural timbres of copper drums and bow instruments, increasing the sharpness of voice symbilantes. It results from high order distortions and significant intermodulation at high frequencies.

Diamond - accentuates copper drums and other high-frequency sounds. Occurs as a slight rise in the AFC above 5 kHz.

I think sophisticated audiophiles could add something interesting to this. But I think I haven't missed the main one. And I hope I've clarified some general concepts for beginners. 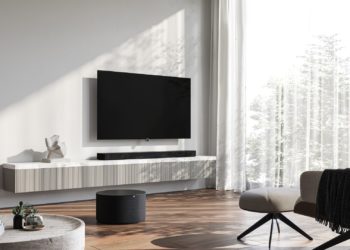 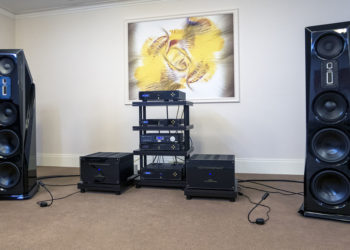 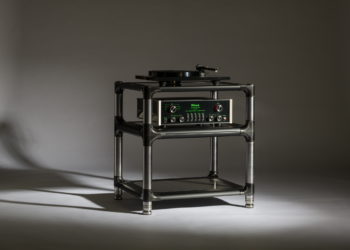 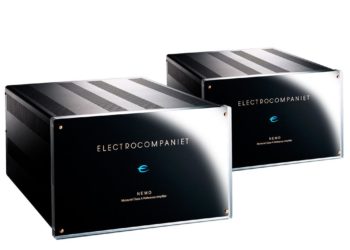 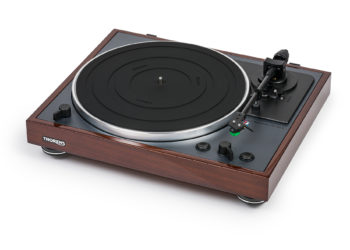 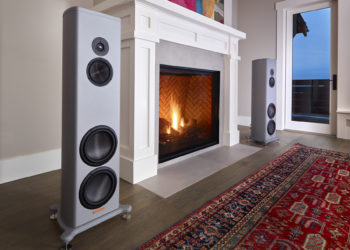